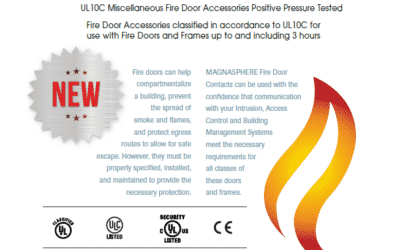 Waukesha, WI. Magnasphere Corporation has announced a number of their UL-634 listed door contacts have been tested and are classified UL-10C, The Standard for Positive Pressure Tests of Door Assemblies. This allows Magnasphere contacts to be used in fire rated doors.... 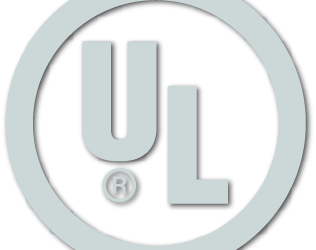 WAUKESHA, Wisconsin –“When my neighbor’s home got robbed and the alarm didn’t go off, I wanted to know why,” said Dr. Woods. “I soon discovered the reed switch security flaw and set out to design a more secure switch technology that would do the job that I thought the reed switch contact was supposed to do.”

Magnetic defeat crime presents a serious threat to a homeowner’s personal security since it requires no special skills, uses limited resources, and leaves no forensic evidence.

WAUKESHA, Wisconsin – Despite its widespread acceptance, the reed switch contact’s easily exploitable operational flaw undermines its ability to effectively act as a security system’s first line of defense, compromising the integrity of the entire system. 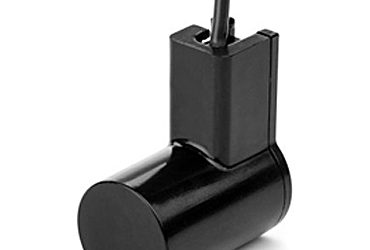 WAUKESHA, WI, September 2013 – Magnasphere Corp. (www.magnasphere.com) announces the release of a new unidirectional tilt switch. An industrial grade non-mercury switch, the T1-AB-JS is RoHS compliant and is sealed from atmosphere and water. Configurable to either Form A or Form B, the unidirectional tilt switch requires no standby power consumption and has versatile mounting options. 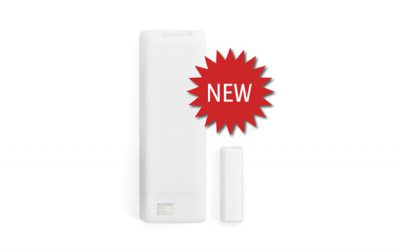 The Most Secure Wireless Sensors Available Anywhere in the World

WAUKESHA, Wisconsin , October 6, 2009 – The Global Security Challenge, one of the world’s most prestigious international security competitions honoring excellence and innovation in the security industry, announced the selection of Magnasphere Corp. as a finalist for the Most Promising Security Start-Up company for 2009. Magnasphere, and five other high-tech innovative finalists, will battle it out on November 13 at the 2009 GSC Security Summit in London. 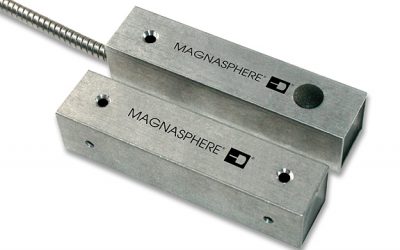 WAUKESHA, Wisconsin – August 9, 2011 – In response to market demand for an improved High Security contact for use with Safes, Vaults, SCIF and other High Level Security Applications at a cost competitive with old technology triple balanced BMS devices, Magnasphere is pleased to introduce the L1.5 series High Security Switch.