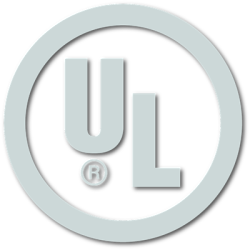 UL634 is the standard for all switches and connectors used in alarm systems. The 9th edition (2007) eliminated the previous BMS high security categories. Learn about the difference between High Security Levels 1 & 2. The ICD 705, sets the standards for SCIF intrusion detection systems for the government Intelligence Community, and states a clear preference for Level 2 devices.

There are 40 standards that must be met to achieve listing to UL-634, which covers basic contacts, including Balanced Magnetic Switches, defined by UL-634 Section 3, Glossary, as: 3.2 BALANCED MAGNETIC SWITCH (BMS) – A switch that is constructed in such a manner or that includes additional components that increase resistance to magnetic, electrical and mechanical tampering or defeat.

It should be noted that while devices made with BMS provide “higher security” than standard contacts, they are not considered HIGH SECURITY CONTACTS until criteria listed below is met. In addition, there are 8 testing criteria that must be met to achieve UL-634 Level 1 HIGH SECURITY. They are included in these categories:

Prior to the publication of the 9th edition of Underwriters Laboratories 634 Standard (Connectors and Switches used with Burglar Alarm Systems), the highest UL level of security contact was the BMS High Security Contact.

When the 9th (current) edition was published in October of 2007, the BMS High Security Contact designation was changed to High Security Level 1 and a higher security category Level 2 was created.

All BMS contacts that had been listed as High Security were then automatically “GRANDFATHERED” to Level 1 status. With the change to Level 1, also came a change in the UL test criteria for Level 1.

None of the “grandfathered” contacts have been tested to the actual Level 1 standards.

Testing has demonstrated that none of the “grandfathered” Level 1 BMS contacts could pass the current Level 1 testing and therefore could not be used on out swing door installations.

Additionally, some of these Level 1 contacts are NOT Made in America.